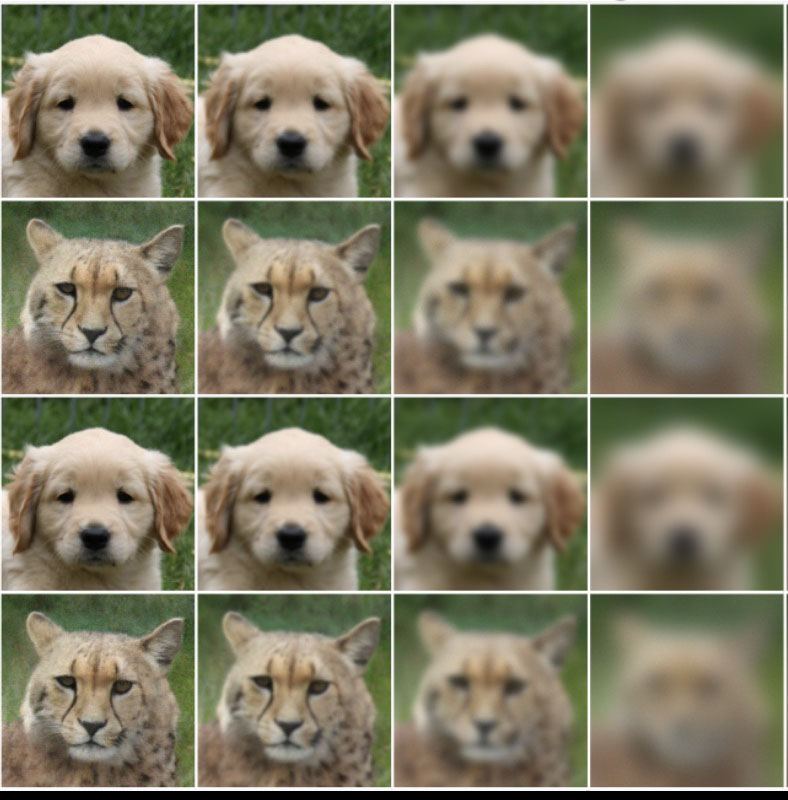 While diffusion models have shown great success in image generation, their noise-inverting generative process does not explicitly consider the structure of images, such as their inherent multi-scale nature. Inspired by diffusion models and the empirical success of coarse-to-fine modelling, we propose a new model that generates images through iteratively inverting the heat equation, a PDE that locally erases fine-scale information when run over the 2D plane of the image. We interpret the solution of the forward heat equation with small additive noise as a variational approximation in a diffusion-like latent variable model. Our new model shows emergent qualitative properties not seen in standard diffusion models, such as disentanglement of overall colour and shape in images and data efficiency. Spectral analysis on natural images highlights connections to diffusion models and reveals an implicit coarse-to-fine inductive bias in them.

Example of the information destroying forward process (during training) and the generative inverse process (sampling), both defined by the PDE.

We provide generation sequences for different data sets. Generation starts from a flat image and adds progressively more detail. The iterative generative process can be visualized as a video, showing the smooth change from effective low-resolution to high resolution. Effectively, the model redistributes the mass in the original image to form an image.

Sampling with a shared initial state

One way to visualize the stochasticity of the generative process is to keep the initial draw from the prior fixed and sample multiple trajectories based on it. Large-scale features are decided in the beginning of the process and fine-scale features at the end. If we split the sampling to two parts at specified moments, this results in a hierarchy over scales:

Starting from the same initial state results in a wide variety of images. Here are examples from a low-resolution version of AFHQ (64×64):